@Blacklist_Rocks: RT @Kerbo_: Ya'll know I've been super busy and not able to stream much lately but there's plenty of awesome folks on @Blacklist_Rocks andâ€¦

Welcome to The Blacklist! All Blacklist Info can be found below!.
Community tweets, support & updates on Twitter (@Blacklist_Rocks) 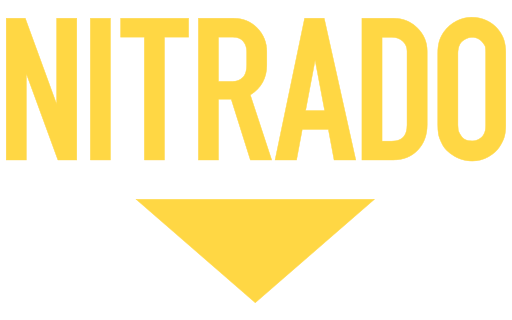 If you are in need for any game or voice servers, check out Nitrado! Click the image to take a look at what they offer, you won't be dissapointed.
The Blacklist Minecraft Server Info
Vanilla Minecraft (CURRENTLY DOWN, working on getting a new one up)

If you wish to get access to your subscriber "role", you can either watch the Discord tutorial or do the following:
1. Click on "User settings" in the bottom-left corner.
2. Click on "Connections" and connect your Twitch account if you have not already
3. After connecting, you should see what subscriber Discords you have access to. Click "Join" on the The Blacklist - Community
4. It may take up to an hour for your subscriber role to be synchronized, so please be patient

The Blacklist - Altis Liberation Server
The Blacklist now has it's own Arma 3 Liberation COOP Server! You can find it by searching "blacklist" using the built in Arma 3 Launcher. It will download all required mods automatically. Detailed directions can be found below.

Description:
Altis has fallen to the CSAT forces, and it is up to you to take it back. Embark with your teammates on a persistent campaign that will span several weeks of real time to liberate all the major cities of the island.

Features:
Experience a massive CTI campaign with over 150 different capturable settlements across the entire island,
Cooperate with 0 to 40 other players, with a commander role and recruitable AI troops to fill the gaps,
Buy troops and vehicles using three different types of resources,
Build the FOB of your dreams with an ingame "what you see is what you get" system,
Fight aggressive and cunning hostile forces who react and adapt to your actions,
Learn that every window is a threat thanks to the custom urban combat AI,
Accomplish meaningful secondary objectives that will benefit your progression,
Never lose your progress with the built-in server-side save system.

How to play / How to start:
Your first FOB is packaged inside that green container on the carrier's deck. You need to slingload it with a helicopter to the desired location and deploy it there. It will give you access to the build functions. Every FOB is a spawn point... and a strategic objective for the CSAT forces.

Sectors are captured by cleaning up the defenders with your forces. They are lost in the same way, but with a 10 minutes vulnerability timer that gives you some time to react. When you are nearby the capture zone is visible on your map, and you can see on the right side UI how much control each side has.

Capturing sectors gives you resources based on the sector type: towns give manpower, military bases give ammo, factories give fuel.

Manpower and fuel act as a hard cap: the more you have, the more units you can sustain at a given time, but you can never accumulate these resources and accumulate infinite forces as a result.
Ammo is more of a "standard" resource, as you get a little over time from the bases you control, and a bonus for every base captured. It allows you to buy armed vehicles or heavy anti-vehicle infantry.

If you need to free some manpower or fuel for other units, you can recycle vehicles when they are inside FOBs. That will also give you back a fraction of the vehicle's ammo cost.

When you have enough firepower you can start taking on the major cities. They're a tough nut to crack, be prepared for a swift and massive CSAT reaction when you start threatening them.

When radio towers are controlled by CSAT forces, they're used to call reinforcements if you attack a nearby sector. The reaction will be exponentially quicker if the tower is closer, under 500 meters it's almost instant. So it might be a good idea to take care of the towers before attacking a tough sector. Reinforcements can be nasty.

When radio towers are controlled by your side you will get map spots on the nearby hostile groups, thanks to their own radios. Those spots are imprecise so don't bother sending artillery on them, they just give you an idea of what's coming your way.


Combat Readiness:
The combat readiness is a percentage indicator that tells you how powerful and reactive the CSAT forces are. At the start of the campaign the percentage is 0, which means the CSAT only have garrisons in their bases. But the more settlements you capture, the more aggressive they will become. They will start to patrol in between sectors and send powerful counter attacks. A combat readiness of 100% means a lot of trouble all the time. If you don't want to fight them head-on, you can reduce the CSAT's combat readiness by doing the secondary objectives which involve destroying their supply FOBs. To know where those FOBs are, you have to interrogate CSAT prisoners captured on the field.

How to play:
Items Needed:
Arma 3 on Steam
Teamspeak 3 Client
Load up Arma 3 via steam and open the default packaged Arma 3 Launcher. Choose the Servers tab, then click on Internet.

Search for “blacklist” and choose “The Blacklist - Altis Liberation”.

This will download and install all the required mods.

ACRE2:
ACRE2 is a radio mod that ties in communications with Teamspeak. When you join the server, it should automatically install the Teamspeak plugin in the correct directory. You should get a popup explaining the process.

You will then need to connect to our TS server.

Server Address: ts.ohmic.net
Once connected, Arma 3 will automatically take you to the correct channel when you connect to the server.